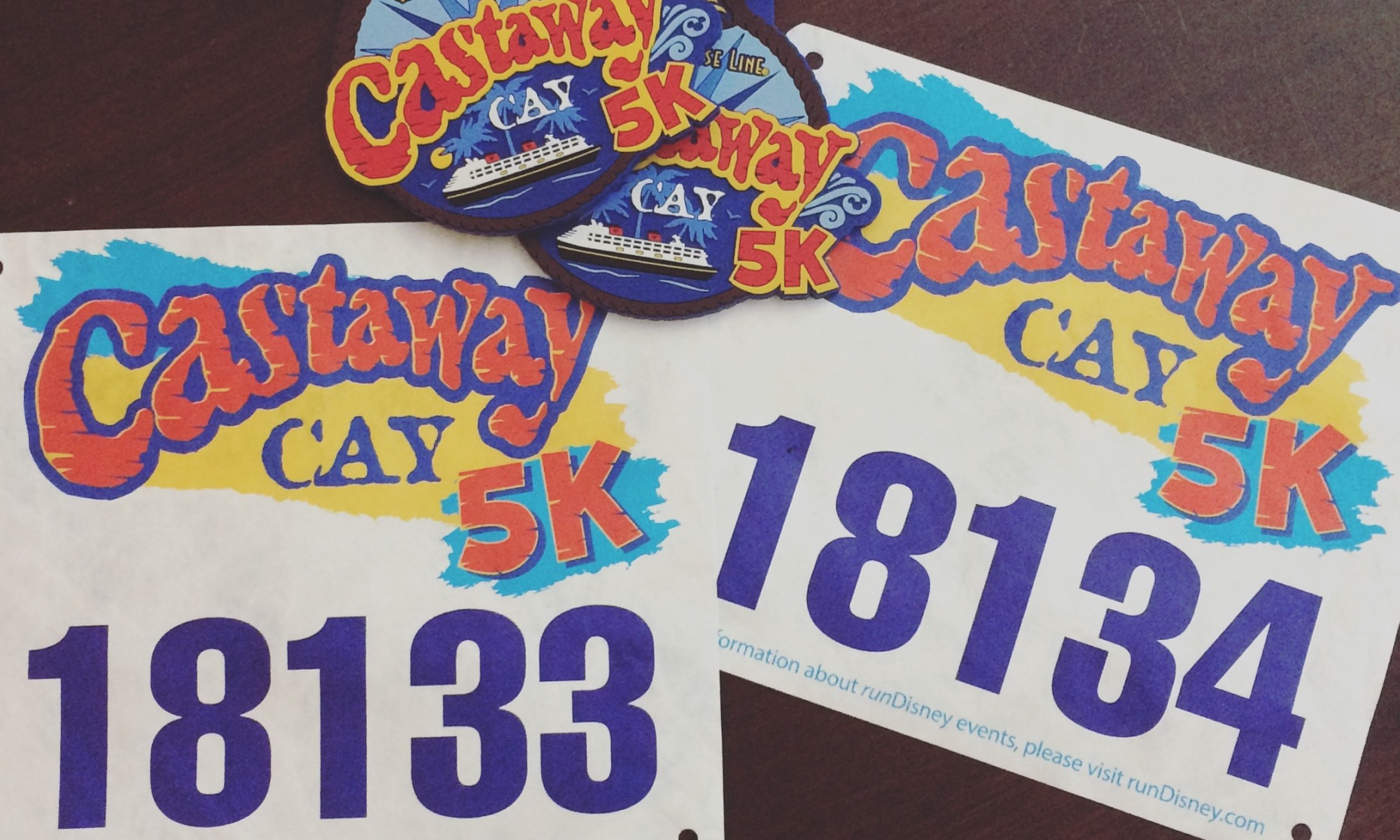 i am still dreaming of a tropical paradise called castaway cay.

not only is it a peaceful and relaxing place, but it’s also home to the castaway cay 5k. and being that keith and i are training for the runDisney wine & dine half marathon this year, this race was a perfect way for us to continue our training (but more so a kick in the butt to start running consistently again). while not many people think to run a race during a vacation, we thought this would be a wonderful opportunity to see the island in a different way before we soaked up the sun. the course was fairly simple starting at the bike rental area on the island – leading to the island’s airplane landing strip. from there, we then heading into what the crew called the “loop of death” that takes you out to the lookout tower and back. once we finished the loop, it was then time to head straight up the landing strip towards serenity bay. not so fast we can’t stop yet as we then made a u-turn to head back towards the “loop of death”. yes, you guessed right – we had to run that loop one more time before heading towards the finish line. and man were we happy when we saw that finish line approaching – literally leaping across at the end.

while it was fairly hot, since the race started around 9am, we are so glad that we ended up completing that challenge. it definitely made us feel less guilty about having some more brews and bbq later on in the day. but who are we kidding we were on a cruise, that’s always a great idea. if you ever are on a disney cruise and want a little challenge, sign up for the castaway cay 5k – you won’t be disappointed.