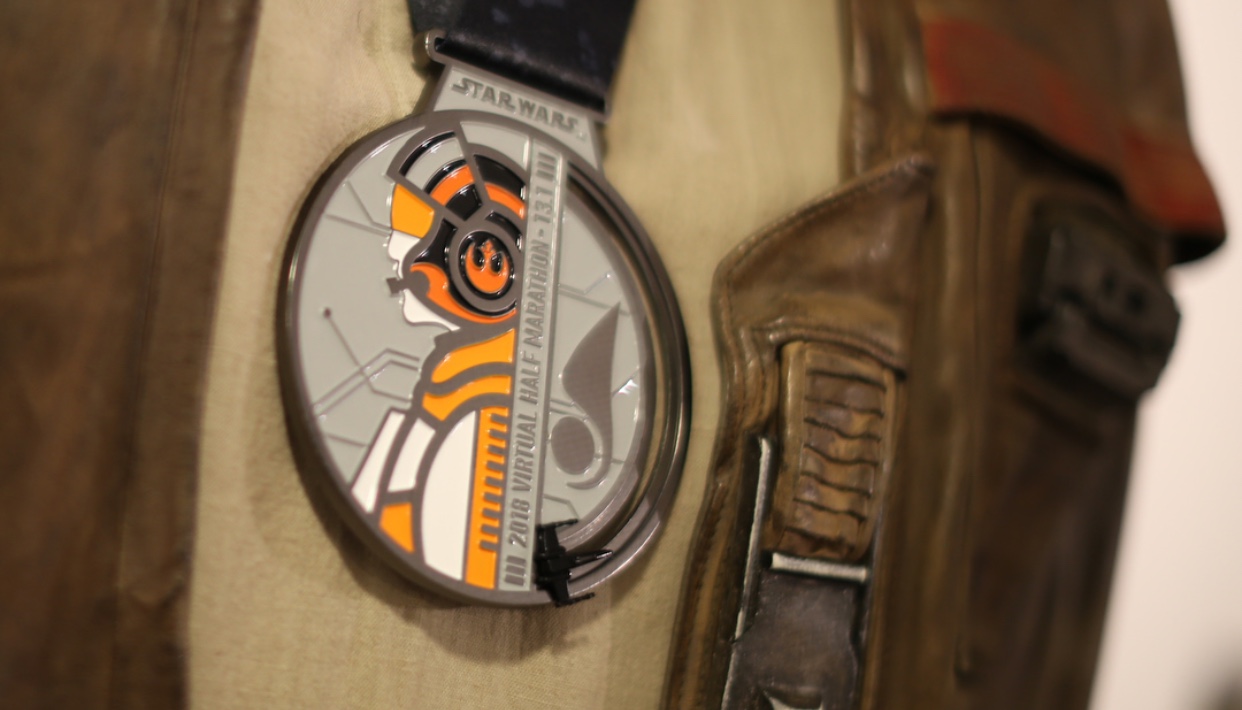 ahhhh, i am one step closer to receiving the millennium falcon medal?! clearly you can see my excitement. so yesterday, i ran the first part of the runDisney kessel run challenge completing the star wars virtual half marathon. i’ve literally had this day marked down right after i registered for the race, just to ensure that i knew when my virtual race day would be. now secretly after running the race, i wish i would’ve completed it a couple weeks sooner to avoid the lovely florida heat.

but alas, i finished!

and i seriously could not have done this without the support of my marathonfest running group. i initially was thinking about running around disney property for this race, but ultimately decided on running in winter park with the group – BEST DECISION MADE! during the run, they even decided to start playing some music from star wars…which truly made me feel like i was at a runDisney race. and although the group didn’t run the entire 13.1 with me, i was able to run 10 strong miles with them before breaking off to finish my run.

overall, the race went great. i felt really strong for the first 10 miles – keeping a consistent 7 minute / 1 minute interval. the last 5k of the race was not as strong as i had initially hoped (having to break up those intervals a little more), but honestly i was really pleased since this was the first time i’ve run this distance using intervals. and hey, this is really the true starting point for my chicago marathon training; getting those higher miles in. my “official” marathon training will begin right after the star wars half marathon – the dark side presented by otterbox race! i think for that half marathon, i may try the 5 minute / 1 minute intervals, just to see which interval i might prefer more for the marathon in october. that’s the beauty of testing out these intervals earlier in the year – practice makes perfect.

and my final results: 13.13 miles at an average pace of 12:21 minute miles…finishing in 2:42:11. not my quickest, but this is pretty close to my “target” pace point for the chicago marathon. but up next, some more training runs and then the winter park road race 10k at the end of march.

do you want to run the star wars virtual half marathon race? visit runDisney for more information – registration ends on february 28th!